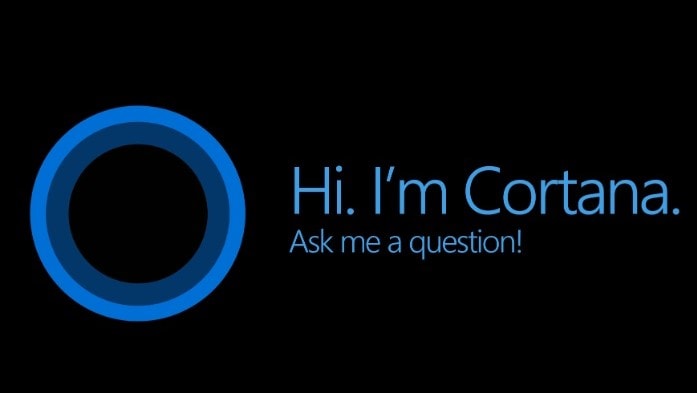 If you want to experience some AI on your device

Cortana is an intelligent personal assistant in Windows 10 (similar to Siri in iOS). It can set reminders, answer questions about weather, traffic, biographies, math, sport scores...etc.

I asked Cortana some awkward questions. The answers were really funny:

Cortana: A Roman walks into a bar, holds up two fingers, and says “Five beers, please.” [she will tell a different joke each time]

Cortana: [Cortana starts singing!]. [You will hear a different short song each time]

Cortana: Well, I have my Notebook, so I know what you know you’ve let me know. You know?

Cortana: I’m going to pretend I didn’t hear that.

6. Do you have a boyfriend Cortana?

7. Where do you live Cortana?

Cortana: In the cloud. Whatever that means.

Cortana: My analysis of pizza-related search data suggests it’s highly probable I would.

Cortana: I don’t eat, but if I could, I’d start with waffles.

Cortana: Personally, I prefer Windows. But Siri seems to like it.

Cortana: Hate is not in my vocabulary. Oh, wait. I just said hate. I hate when I do that.

Cortana: That’s a tough one. It’s like comparing apples to windows.

Cortana: I ran a 500 year projection, and I came up with this. [Cortana’s photo appears]

Although Cortana was not intended to be a chat software, but the above reaction was really entertaining and unusual. I think the competition will become hard with Siri in the coming months, especially, when Cortana becomes available in iOS and Android as planned by Microsoft.